Removable LED lamp with fixed red light, with double-sided red polycarbonate spherical lens with reflector and a battery holder in polyethylene with red and white stripes for greater visibility. It is applied in pairs, mainly in the tail wagon of the goods trains, during the night, to identify with certainty the completeness of the train, that is if it has arrived complete in the next station and in case of failure of the tail lighting system. (CAT. FS 506/003). This lamp is powered by 2 6V IEC H4R25 batteries and is supplied with a screwdriver for their replacement. 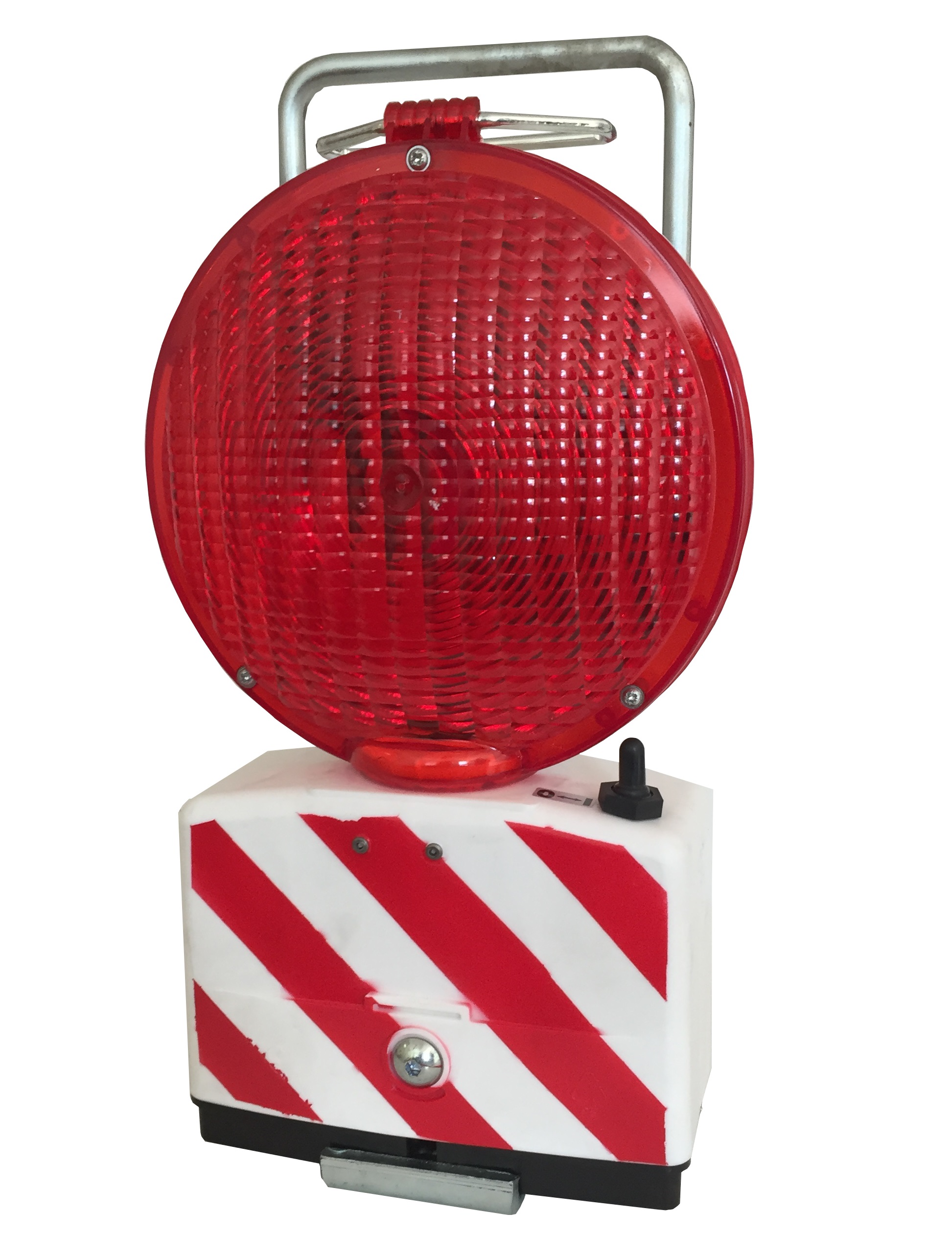